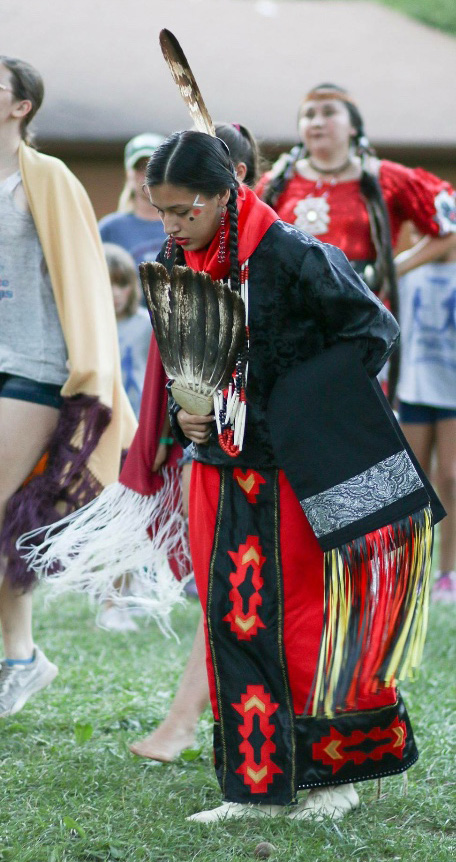 Traditions, turkey, and tragedy. What started as the beginning of a lovely gathering between the Plymouth Pilgrims and the Wampanoag Tribe quickly turned into a partially forgotten history.

“I first learned about [Thanksgiving] in school, but obviously through my culture over the years I learned that what they’ve taught us is not the whole truth- just the partial,” says Senior Mida Little Eagle.

While a lot of people knows about the Wampanoag Tribe helping the Pilgrims during their first winter and crops, and the subsequent celebration dinner, not many know what happened between the two groups after that led to so many deaths over land, the color of skin and in some cases, what people were called.

“For us culturally, I think it’s okay to say Indian,” Little Eagle said. “But sometimes when somebody else says it I don’t know how they’re saying it. Natives just call ourselves Natives. If I were to have somebody else refer to me, I would say indigenous.”

According to Mourt’s Relation: A Journal of the Pilgrims in Plymouth written by Edward Winslow, the Wampanoag people had just survived an epidemic when the Plymouth Pilgrims came and stole their corn and beans. Even with this knowledge, Chief Massasoit welcomed the Pilgrims with open arms and taught them how to properly plant crops, build houses and survive on this foreign soil.

There is so much that students aren’t taught due to the school’s curriculum and Little Eagle agrees.

“In middle school when we would learn about that stuff, I would think that wasn’t right,” she said.“There was more to it that [the school] isn’t telling us because of what they have to teach.Sometimes teachers would ask me to say stuff and other times I sit there and listen and think this could be up for debate.”

Within 50 years the Wampanoag people would not be free. The Puritans brought along reservations and witch trials. While people were being taken and put on reservations their land was surrendered to the colonists.

“[Reservations are] where a lot of traditions are still kept alive, but poverty and suicide rates are the highest in the country.” She continues saying that reservations have high drug and alcohol abuse that is has become so deeply engraved into the history of reservations.

“It’s like you’re hurting for your own people because you want them to get out of it but it’s just extremely difficult.”

But Little Eagle also acknowledges that this was not brought on by Christianity, but instead by mans greed and ignorance.

“The way I perceive the white man’s experience is them telling their views,” she said.“Because they were oblivious and didn’t have any way of knowing.There was just a lot of miscommunication and overruling,”

“It’s us taking back something for ourselves because for so long it was like ‘you’re not a culture anymore’, ‘you’re not civilized’, just colonizing Native people and making them forget their culture. I feel like it’s a day of remembering who we are and keeping those traditions alive,” Little Eagle said.

With hope that things will soon change for Indigenous People, many protesters of their treatment have taken to social media.The content varies from each unique person but can include political statement t-shirts, pictures of people in court fighting injustice, and humans informing other humans about things that aren’t mentioned in their history books.

With us being in the middle of the holiday season, we ask that everyone take a moment to recognize the good things in their life and be grateful for them, even if it is just the clothes on your back.