Committed to the Conference

Boys Soccer Reflects on the Past Season 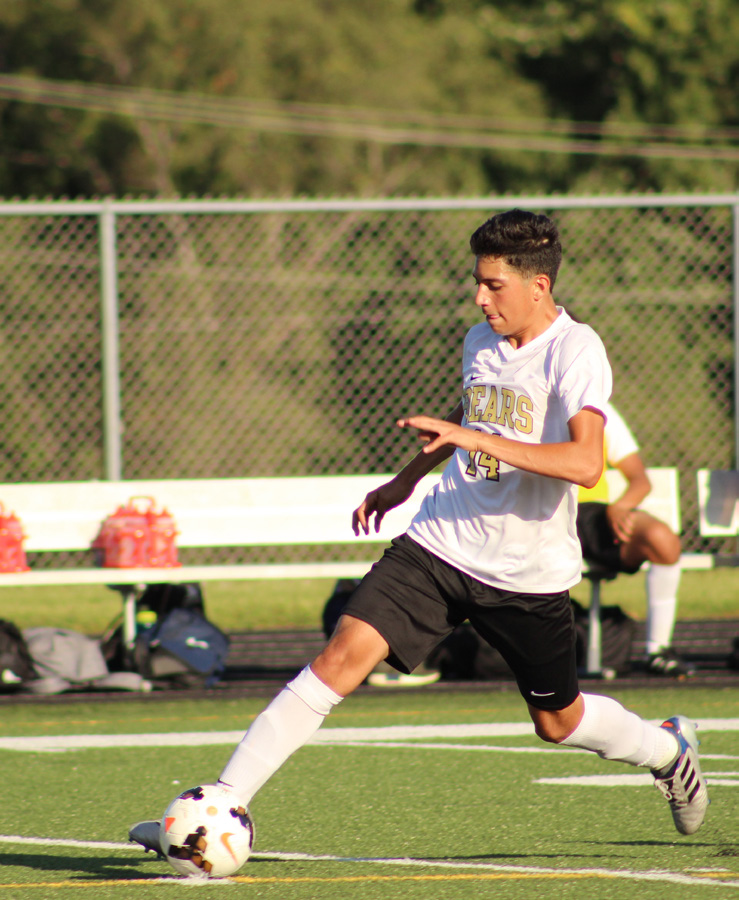 Sophomore Martin Figueroa goes for a kick during a match against Washington. Photo courtesy of Ester SenLing.

“The best memory from this season was probably the overtime win against Desoto High School. It helped sure our second-place finish in the conference. We fought really hard for it.” Head Coach Joe Toigo said.

Although this was very memorable, this was only one of the 13 wins that Turner High School’s Boys Soccer Team got to write down in the book. This year’s soccer season was extremely successful and stuck out over the past seasons.

“I was really proud of our team, I honestly thought we had a really good record,” Senior Jose Avila said. “Only lost 2 games in league and 3 overall. It just didn’t end the way we hoped it would.”

Avila was the center back for the Varsity team and the team captain. He has played for Turner’s soccer team all of his 4 years.

“Starting my freshman year,” Avila said. “Nobody really took it seriously, they would play soccer just as a distraction and not because they wanted more from it.The team spirit and believing in the team itself has increased a lot.”

The 2019-2020 soccer season was successful because of the commitment shown by not only the players but the coaches as well.

“Playing the game is obviously a great feeling but scoring a goal is such a rush,” Junior Jahir Segoviano said.

Segoviano was on the Varsity and was injured later on in the season and was determined ineligible to finish the year, but while he was on the field, he was always having an impact on the team.

Even though they did not win the regionals round, they played their best and gave their best efforts to end the season with their heads held high. Coach Toigo and returning soccer players plan to come back next season better than the last and improve with ever practice.